The Income Tax Department has identified 4,000-5,000 foreign companies based in this megapolis that are not paying taxes on time, including due to tax disputes, and expects to soon recover from them dues totalling nearly Rs 8,000 crore.

With the region accounting for about one-third of the government’s total tax revenue collection, the Department is “trying its best” to collect the dues from Mumbai-based foreign firms before end of this fiscal, that is March 31.

“We are trying to collect the tax due from foreign companies. In Mumbai alone, there are 4,000-5,000 foreign companies which are not paying taxes properly,” principal chief commissioner of income tax and head of the Mumbai region, DS Saksena told PTI here on Wednesday.

The Department has already collected Rs 23,000 crore from foreign companies so far this year and is hopeful of collecting the balance of around Rs 8,000 crore before March 31.

“We have already collected around Rs 23,000 crore from foreign companies and we are trying our best to collect the remaining Rs 8,000 crore by the fiscal-end,” Saksena said on the sidelines of an Assocham function here.

These tax dues have been caused due to disputes which include profit from international transactions and tax from permanent establishments, he added.www.taxxcel.com

“The department will create awareness for proper TDS compliance by all deductors,” Principal Commissioner of Income Tax D N Mishra said at a seminar on income tax TDS yesterday.www.taxxcel.com

The event was organised issued by Calcutta Citizens Initiative, All India Federation of Tax Practitioners and Rajasthan Bengal Maitri Parishad.

Speaking on the occasion tax advocate Narayan Jain said monetary limits of TDS should be revised upwards but rate should be scaled down in view of present exemption limit and lower rates of income tax.

He also said that multiplicity of provisions relating to Interest and Commission income need to be consolidated into for simplification.

Over 11 lakh taxpayers have filed their

To deepen the penetration of insurance in the country, Finance Minister Arun Jaitley should give additional tax deduction for buying life insurance and remove service tax on term insurance, say industry experts.

A term insurance provides highest cover at minimal cost because it offers death-only benefit, with no survival benefits.

“To make insurance more popular in a country where there is no social security, there should be a separate window for deduction on life insurance premium,” says Girish Kulkarni, MD & CEO of Star Union Dai-Ichi Life Insurance. Currently, one can claim a deduction of up to

It is that time of the year, when the salaried class starts praying for incremental tax concessions in the annual budget. Analysts, however, say that the government should focus on increasing the tax net instead of announcing new income tax concessions.

That’s because only 3 per cent of over 1 billion people in the country are estimated to pay income tax. Those who earn

Only 3 per cent of over 1 billion people in India pay income tax, so it’s not surprising that the salaried class often complains about high taxes. Accountancy firm PricewaterhouseCoopers (PwC) found in 2014 that the take-home salary of a high earner in India is less than that of salary earners in many developed countries like UK, Canada and US. (Read)

Individuals earning as little as

To ease communication with the Income-Tax department, the government has allowed

Real estate stakeholders in every Indian city are looking forward to the upcoming financial budget 2016 to see whether it will provide any relief to the sector. Developers have their own expectations, because positive announcements for real estate buyers made during the budget will help increase the market sentiment, and therefore sales. The general hope is that the budget will provide cheer to intending home buyers who have been deterred for various reasons.

The Union Budget 2016 should make the rate of interest specific to home loans more reasonable. Currently, the banks are offering interest rates which are still too high. Paying so much interest has serious implications on the family budgets of most middle-class wage earners. It is not surprising that many of them currently shy away from home loans.

The budget should bring the interest rate on home loans down to between 7.5%-8.0%. The new government has clearly stated that it wants to make 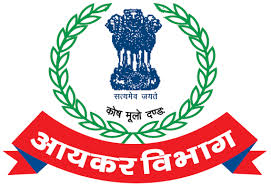 Alarm bells have rung in the Finance Ministry after net direct tax collections are showing a 35 per cent shortfall with only two months left for closing of the financial year.

Concerned over this, the CBDT, has written to the Income Tax department to pull up its socks and step up the drive for collection of revenue.

In an urgent missive to the top brass of the department in the country, the Board has asked them to give their “highest priority” to get as much as they can on the regular tax front as it is showing a negative growth rate of ‘-10.44 per cent’ as compared to the corresponding growth of 17.25 per cent last year.

While the target for direct taxes collection this fiscal is Rs 7.98 lakh crore, the department has made a net collection of about Rs 5.21 lakh crore by January 31, thereby falling short, at present, by over 35 per cent to reach the target.

In his first general communication to the department, newly appointed Central Board of Direct Taxes Chairman Atulesh Jindal asked the department to tighten their belts after a Revenue Secretary Hasmukh Adhia raised a similar concern in a meeting recently.

“The gross collection grew only by 8.13 per cent. Chairman CBDT needs to ask all Commissioners to achieve their target,” Jindal wrote to his Principal Chief Commissioners quoting Adhia.

“In the area of net direct tax collections, the present growth rate is not encouraging if compared with the preceding financial year. The net collections as on January 31, 2016 stand at Rs 5,21,853 crore indicating achievement of 65.40 per cent of budget estimates with a growth rate of 10.87 per cent. Looking at the overall minor head-wise growth rate, it is seen that except TDS all other minor heads are having a growth rate which is less than the growth rate of immediately preceding year at this time of the year,” he said.

The main cause of concern in this regard, the CBDT boss said, is the “decline in the regular tax collection which is showing a negative growth rate of (-) 10.44 per cent as compared to the corresponding growth of 17.25 per cent last year.

“This suggests that either regular demand has not been raised due to non-completion of scrutiny assessments or adequate efforts are not being made to collect the arrear demand. This is being seen as matter of concern by the government,” he said.www.taxxcel.com