Industry body CII has demanded a one-time 100 per cent income tax holiday of five years for manufacturing units in special economic zones, saying the government’s decision to impose MAT and DDT was not conducive for practical viability of units operating in SEZs. 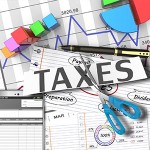 “This will go a long way in motivating exporters to enhance and promote exports through their units in SEZs. In the backdrop of slowing demand in the international market and continuously declining India’s exports, regaining investor’s confidence in SEZ is very difficult,” CII said.www.taxxcel.com

“Over Rs 3 lakh crore have been invested by government and private enterprises and almost 33 per cent of India’s total exports are done through SEZs. Tax exemptions and provisions proposed in the Act have actually been the impetus for this huge investment,” Sanjay Budhia, Co-Chairman of CII National Committee on International Trade Policy and Exports, said.

The idea behind an SEZ was to give Tax-Free regime for the units put up/operating there in spite of numerous hurdles such as isolated and remote location, lack of social and physical infrastructure coupled with difficulty in procuring inputs from DTA (Domestic Tariff Area) and receiving drawbacks, he added.